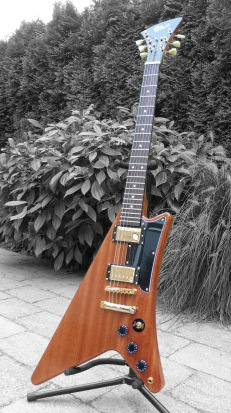 Because few prototypes were made in the 1950s, and no authenticated example is currently known, the hypothetical 1958 Moderne has been called the "mythical great white whale" of collectible guitars.

Stylistically, Modernes are characterized by an elongated lower bass bout (similar to the Flying V), a scooped-out treble bout (similar to a shark fin), an oblong headstock (similar to Gumby's head) and gold hardware: the usual Gibson combination of two humbuckers, adjustable Tune-o-Matic bridge and stop tailpiece. Like its Modernistic siblings but unlike most 2-pickup Gibsons, the Moderne has a single master tone control rather than separate neck and bridge knobs.(source: Wikipedia)

I tried to keep the copy of this model as close to the original specs as I could.

Have a look at the pictures 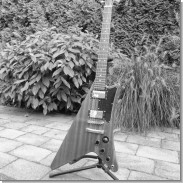 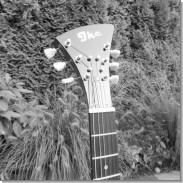 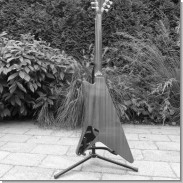 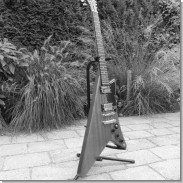 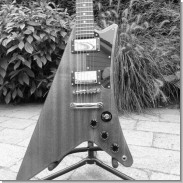 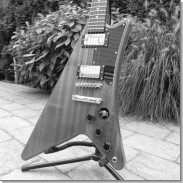 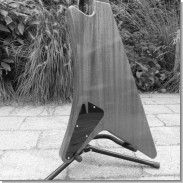 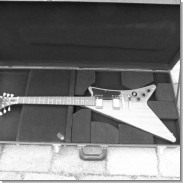 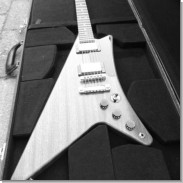 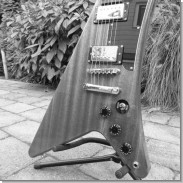 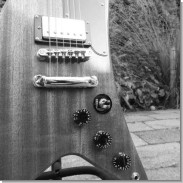 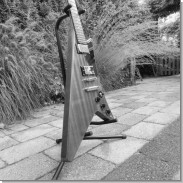 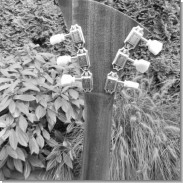 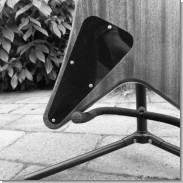 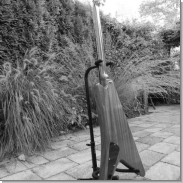 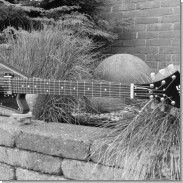 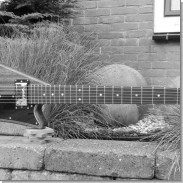 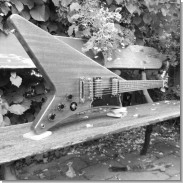 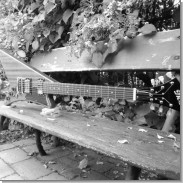 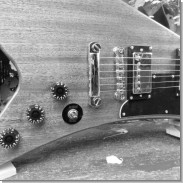 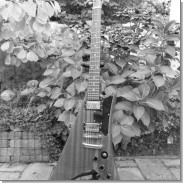 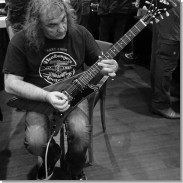 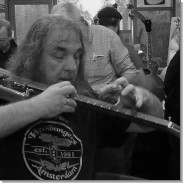 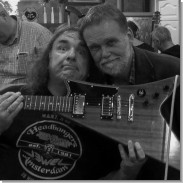